Share a memory
Obituary & Services
Tribute Wall
Donations
Read more about the life story of James and share your memory.

James Russell “Sonny” James, age 78, of Inez, KY, passed away January 7, 2023 at his residence. He was born July 22,  1944 in Martin County, KY. He is preceded in death by his parents, Dewey James and Rebecca Johnson James, his biological mother, Minnie James Spears, his wife, Wanda Jean Williamson James, three brothers, Butch Spears, Ronnie Spears, and Donnie Spears, two sisters, Sissy Spears and Pete Butcher, one brother-in-law, Mick Williamson, two sisters-in-law, Lou Williamson Preece and Peggy Williamson, and his mother-in-law and father-in-law, Flora and Edgar Williamson. He is survived by one son, Timothy James of Inez, KY, one daughter, Pamela (Joseph) Fletcher of Columbus, OH, one brother-in-law, Paul Williamson of Inez, KY, and one sister-in-law, Sheila (William) Cox of Paintsville, KY. He is also survived by eight grandchildren, Brandon Crum of Marion, Stormie Crum of Marion, Hannah (McKade) Osborne of Inez, Hunter Lewis of Columbus, Baylee James of Russell and Lily James of Russell, Tony Fletcher of Southville, and Tiffany Fletcher Adams of Columbus, four great grandchildren, Jaydan Crum, Layne Crum, Ian Crum, and Kane Crum, and several nieces and nephews. Sonny was a veteran of the United States Army. Funeral services will be held on Friday, January 13, 2023 at 1 PM in the chapel of Crum Funeral Home with Lonnie Ratliff officiating. Burial will follow at Riverview Memorial Garden in Louisa, KY. Friends may visit at the funeral home on Thursday from 5 PM to 9 PM. Arrangements are under the direction of Crum Funeral Home of Inez, KY.

To send flowers to the family or plant a tree in memory of James Russell “Sonny” James, please visit our floral store. 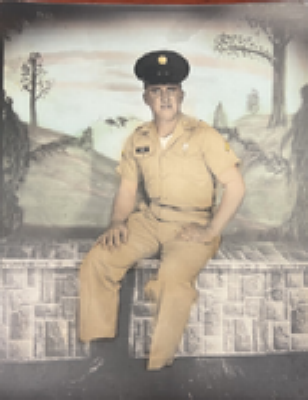