Share a memory
Obituary & Services
Tribute Wall
Donations
Read more about the life story of Lavella and share your memory.

Lavella Smith, age 69, of Inez, KY, passed away January 9, 2023 at King's Daughters Medical Center in Ashland, KY. She was born January 29, 1953 in Martin County, KY to the late Juanita Dials. In addition to her mother, she is preceded in death by one daughter, Abigail Smith, one granddaughter, Carissa Adkins, and two sisters, Veronica Sue Branscome and Doris Ailes. She is survived by her husband, Albert Smith, one son, Albert Smith, Jr. of Inez, KY, three daughters, Lou (George) Adkins of Asheboro, NC, Betty Jo (Randy, Jr.) Richmond of Thelma, KY, and Rebecca (Willard) Ramey of Blaine, KY, and three sisters, Monica Knowlton of Lawrence County, KY, Rhonda Bucy of Buckeye Lake, OH, and Diana Hensley of Star, NC. She is also survived by 10 grandchildren, Codey, Hunter, Deanna, Hailey, Abigail, Jamie, Montana, Brandon, Mark, and Mason, and four great-grandchildren. Funeral services will be held on Thursday, January 12, 2023 at 1 PM in the chapel of Crum Funeral Home with Terry Dalton officiating. Burial will follow at the Warfield Cemetery. Friends may visit at the funeral home on Tuesday and Wednesday from 5 PM to 9 PM. Arrangements are under the direction of Crum Funeral Home of Inez, KY.

To send flowers to the family or plant a tree in memory of Lavella (Dials) Smith, please visit our floral store. 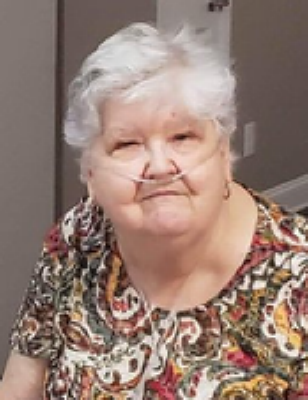