Share a memory
Obituary & Services
Tribute Wall
Donations
Read more about the life story of Mavis and share your memory.

Mavis Preece, age 80, of Inez, KY, passed away November 26, 2022 at her residence. She was born April 4, 1942 in Martin County, KY to the late Ben and Vicie Fletcher Maynard. In addition to her parents, she is preceded in death by three brothers, Alex Maynard, Chester Maynard, and Bob Maynard, and three sisters, Mary Justice, Violet Harmon and Omie Adkins. She is survived by her husband, Franklin Preece, two sons, Franklin (Betty) Preece, Jr. of Inez, KY and Jerry (Rose) Preece of Louisa, KY, one daughter, Helen (Ronnie) Jude of Inez, KY, one brother, Richard Maynard of Kermit, WV, and two sisters, Rebecca Sartin of Logan, WV and Vina Sue Preece of Inez, KY. She is also survived by four grandchildren, Benjamin, Helen Joann, Dixie and Ashley, and seven great grandchildren. The family would like to extend a special thank you to Dr. Lafferty, his staff and Community Hospice of Ashland. Funeral services will be held on Wednesday, November 30, 2022 at 11 AM in the chapel of Crum Funeral Home with Morgan Kirk and Marion Blair officiating. Burial will follow at the Riverview Memorial Garden. Friends may visit at the funeral home on Monday and Tuesday from 5 PM to 9 PM. Arrangements are under the direction of Crum Funeral Home of Inez, KY.

To send flowers to the family or plant a tree in memory of Mavis (Maynard) Preece, please visit our floral store. 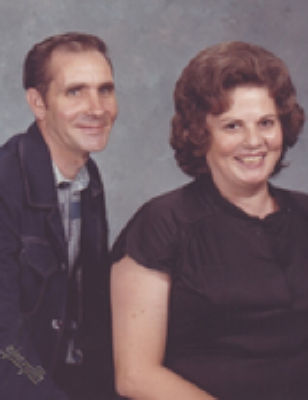